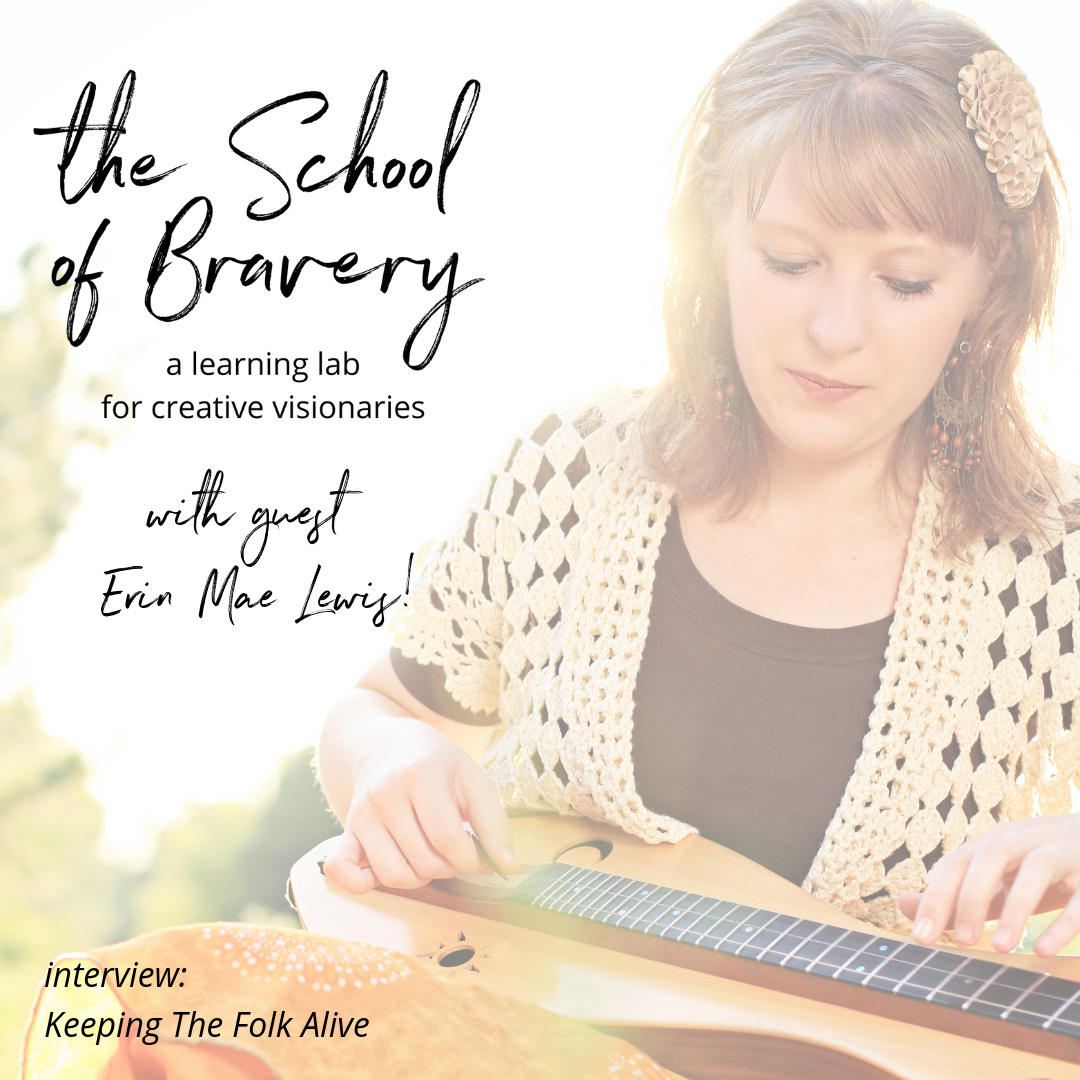 As this month's featured School of Bravery student, Erin MaeLewis is with us this week! We talk about folk music -- mountain dulcimer, specifically -- and some of her previous "Seasons of Bravery." (i.e. surviving cancer at 20 years old and being a full-time modern folk musician! She also tells us about her current season of bravery and what she's got her sights set on these days!

If you like folk music and finding common ground with people (Lord, knows we need it today!), then you'll enjoy this convo with Erin Mae Lewis, my friend, student and fellow musician!

Erin Mae Lewis is a mountain dulcimer virtuosa who has taken an obscure American folk instrument, and with it has developed a high level of technical proficiency and musical expression. Erin has been playing for over twenty years and in that time has developed a unique and progressive style.

Erin Mae received her first mountain dulcimer at the age of seven. Ten years later, in 2004, she won the prestigious National Mountain Dulcimer Championship; making her youngest winner of the award at the time. Erin went on to study classical piano at Sterling College in Sterling, KS before pursuing a degree in Commercial Music, with an emphasis in bluegrass and acoustic jazz, through South Plains College in Levelland, TX. She graduated in 2010, becoming the first mountain dulcimer player to complete the program; and began touring full-time as part of the duo Scenic Roots. Erin has participated as an instructor at children’s music camps; as well as various festivals, and providing private lessons.

Erin Mae is a cancer survivor -- and played her mountain dulcimer through every chemotherapy treatment. She firmly believes that her music and faith were paramount to her healing. Erin strives to let her music and story act as a beacon of light for those going through difficult times. You can hear that passion as Erin Mae culls from her instrument music which lifts the spirit and heals the soul.

Emily Ann Peterson is a singer/songwriter and bestselling author of "Bare Naked Bravery: How to Be Creatively Courageous." She also founded The School of Bravery where she teaches bravery skills to creative visionaries. Her audience is found in Fortune500 companies, concert venues, bookstores, and living rooms around the world.