046: Leadership Lessons from Authoritarianism, the Pursuit of Sustainability, and JOSHUA SPODEK 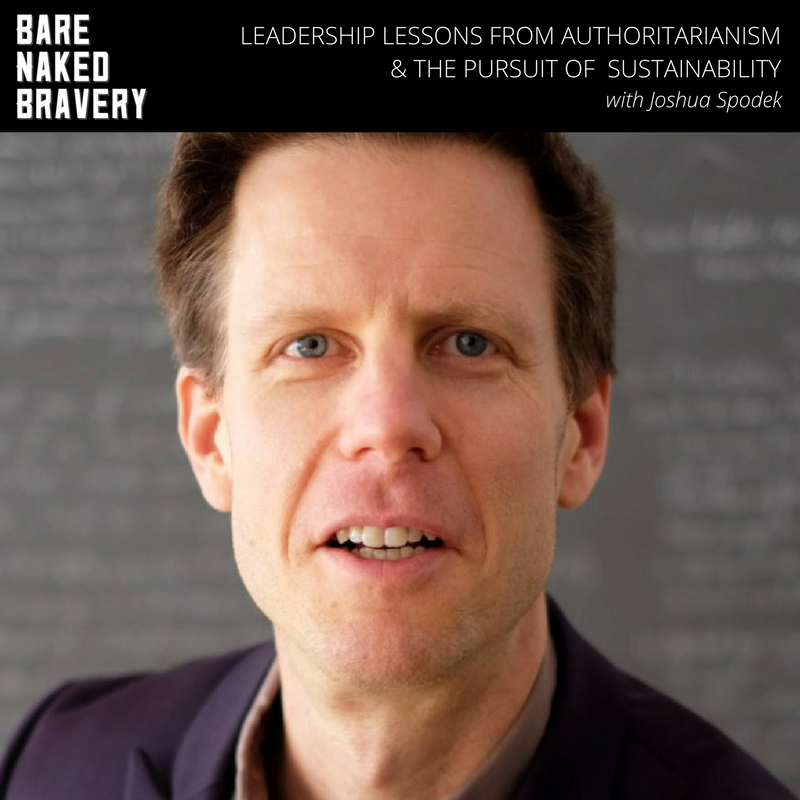 Today we get to talk with Joshua Spodek. I was super excited to jump into this conversation because Joshua is an Adjunct Professor at NYU, leadership coach and workshop leader for Columbia Business School, columnist for Inc., founder of Spodek Academy, and author of the book "Leadership Step by Step."

Now normally I don't flat-out read someone's biography verbatim on this part of the show, but you guys. Listen to this:

He has led seminars in leadership, entrepreneurship, creativity, and sales at Harvard, Princeton, MIT, INSEAD (Singapore), the New York Academy of Science, and in private corporations. He holds five Ivy League degrees, including a PhD in Astrophysics and an MBA, and studied under a Nobel Prize winner. He helped build an X-ray observational satellite for NASA, co-founded and led as CEO or COO several ventures, and holds six patents.

He earned praise as “Best and Brightest” (Esquire Magazine’s Genius Issue), “Astrophysicist turned new media whiz” (NBC), and “Rocket Scientist” (ABC News and Forbes) and has been quoted and profiled by ABC, CBS, NBC, the New York Times, and the Wall Street Journal. He has visited North Korea twice, swam across the Hudson River, and has done burpees every day for six years and counting.

You're gonna need to buckle up for this conversation because Joshua and I jump directly into the deep water of asking the question how do we change the world as leaders. We discuss why facts don't help, why guilt is not the answer, and why authoritarianism is equally ineffective for changing the world. Speaking of authoritarianism, we also got to talk a little about his experiences in North Korea and how important discipline is to someone who values freedom like he and I both do.

Before we jump into that deep end of the conversation, I want to remind you about....

Okay, let's get into the conversation with Joshua Spodek.

Beyond the always available to you Bravery Bundle of goodies available at barenakedbravery.com, your Brave Take-away from today's show is to do a free write session where you are completely uncensored and perhaps more "unhinged" than usual. Do that for a quick 20 minutes and then read it aloud. Not with the intention of doing anything except experiencing what it's like to hear yourself out loud be an uncensored version. That's your challenge this week. Go for it and let us know in the Bare Naked Bravery Facebook group what it was like! What did you notice? How did it feel?

For this challenge, a blog post Joshua wrote called "The Most Effective Self-Awareness Exercise I Know" is about writing your inner monologue. He says it's "such a subtle and slippery part of our minds to get a hold of -- [the blog post] has examples that may help, plus two links at the bottom to posts with more examples: http://joshuaspodek.com/effective-self-awareness-exercise.

We'd love to hear all about your favorite parts of today's Bare Naked Bravery. You can find Joshua Spodek and myself on facebook, twitter, instagram, and more. Go ahead and tag us so we can cheer you on and see what you're up to.

Keep in Touch with Joshua Spodek

If you're diggin' the music in today's episode, that's because it's brought to you by my friends at Music Box Licensing, a premier creative music agency dedicated to finding and crafting unique soundtracks.