006: It's Not Easy Being Queen & Other Confessions with CARRIE AKRE 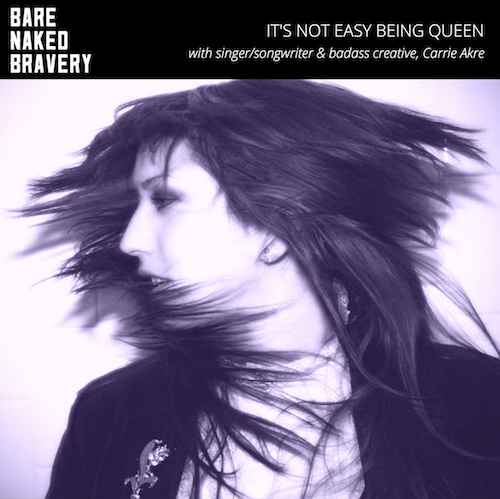 Carrie Akre has over 25 years experience in the music world. She is the lead singer of the bands Hammerbox, Goodness, the VIPs, The Rockfords (with Mike McCready of Pearl Jam), and she's also a solo artist. She has been signed to independent and major labels such as CZ, A&M, Atlantic, Epic and Immortal Records. After experiencing the highs and lows of the music industry Carrie co-founded her own independent record label with fellow band member of Goodness. She release her first solo debut, HOME on this label. Later, Carrie then went on to release solo works under her own label, My Way Records. She has taught classes at Seattle's Experience Music Project (super cool), Rain City Rock Girls (SO cool), and across other independent venues.

In today's episode she and I discuss what it's like to break up with the band, how hard it is being the boss, and the importance of community when you're starting something new. Oh, and we attempt to bust up the myth of the musical snowflake fantasy.

I know Carrie believes we all have a right to be brave and creative and come to the table. I also know she's really good at starting stuff, so today we're gonna talk a little bit about that too.

Links From this Episode

Article: How I Unexpectedly Made Money As A Musician: Or Pasta Thrown At Walls Huffington Post article by musician Holly Muñoz

Documentary: The Other One: The Long, Strange Trip of Bob Weir (available on Netflix)

Keep in Touch with Carrie Akre