How is the Evangelical View of Leisure Harmful to Nature & Women? 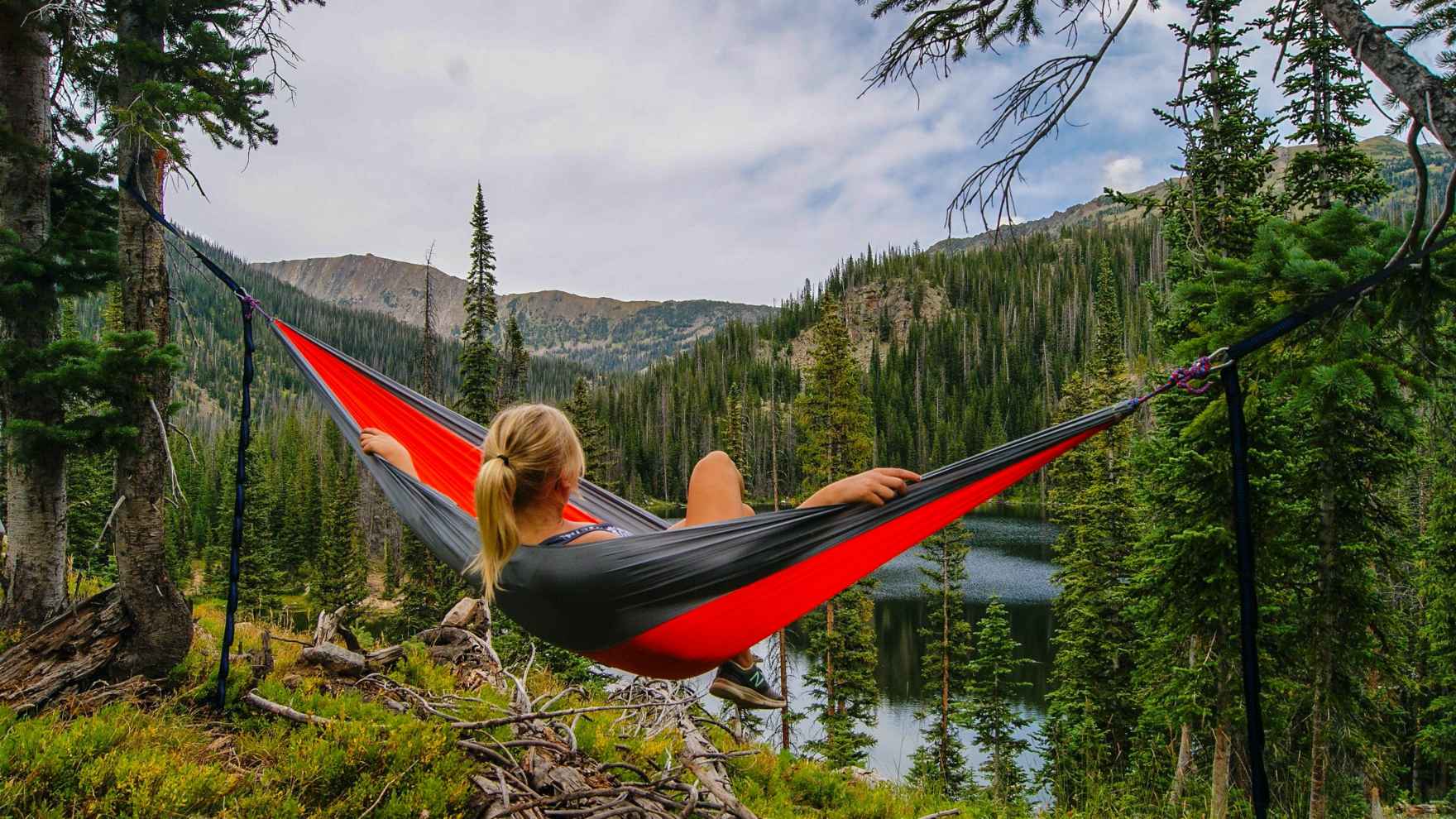 I can't remember the last time I've learned so much applicable material to almost every corner of life than I am right now in this semester's Ecofeminism class for my graduate education. (Master of Business Administration and graduate minor in Gender & Women's Studies)

For those unfamiliar with ecofeminism, it's a pretty vast theory of study and political action and like Evangelicalism, it spans seemingly thousands of opinions, differing applications. A good rule of thumb is that any ecofeminist would agree that women and nature are inextricably connected. When we harm anything or anyone connected to either (women or nature), we do the same or more harm to everyone, not just women and/or nature. In other words, ecofeminists promote the idea that no one benefits from the harm of women and/or nature.

When we harm one, we harm all.

I'm also neck-deep in my continued education and continued training in trauma-informed life coaching and business consulting. I really strive to be the best that I can be for my clients, most of whom have some form of religious trauma (myself included.) Although this combination—feminism, religious trauma, and entrepreneurship—may seem like a random aggregate of topics, they are majestically suited for each other.

The following essay is an academic analysis of whether it's possible or not for an Evangelical Christian to also be an ecofeminist.

Disclaimer & Trigger Warning: I recognize that these topics (Ecofeminism & American Evangelicalism) are individually very nuanced and complicated. One small essay could not encapsulate the many layers that each brings to the table. I am also very aware that anyone's spiritual beliefs and practices are personal and sacred. I use scripture from the Bible (New Testament) and I speak in generalities that are comprised from my early childhood/teen/young adult experience in Evangelicalism. I also welcome courteous and kind discussion on any of the points mentioned.

How is an Evangelical’s View of Leisure Harmful to Nature & Women?

The author and editor of Ecofeminism: Women, Culture, Nature (1992), Karen M. Fox, explains that there are four concepts and theories that are frequently related to the ecofeminism-leisure connection:

After considering these points alongside my experience growing up in the Evangelical church, I've concluded that Evangelicals cannot adopt these ecofeminist statements about leisure into their system of beliefs. Evangelical beliefs are fundamentally at odds with these four concepts of leisure. Evangelicalism’s view of leisure is harmful to women and nature (and subsequently in direct conflict with ecofeminist theory.

Evangelical leisure is an activity of work with eternal consequences

The Evangelical church approaches life by believing that everything done must be done to glorify god. In this way, even leisure cannot merely be an activity for the sake of activity, enjoyment, or connection with nature as proposed by Karen M. Fox. Instead, every activity an Evangelical takes on a moral obligation, a calling, and typically a life-or-death situation with eternal consequences.

Evangelicals believe that a person’s actions, behaviors, lifestyle, or decisions can result in an existence of an eternity in hell, damnation, and ultimately separation from God and the people they love. These beliefs ultimately escalate a person’s pursuit of and need for leisure from merely an activity or free time and are ramped up to a life-or-death situation with eternal, moral implications.

“Slaves, obey your earthly masters in everything; and do it, not only when their eye is on you and to curry their favor, but with sincerity of heart and reverence for the Lord. Whatever you do, work at it with all your heart, as working for the Lord, not for human masters, since you know that you will receive an inheritance from the Lord as a reward. It is the Lord Christ you are serving.” (Colossians 3:22-24, Zondervan, 2020)

Speaking of slavery, if ecofeminists frequently discuss leisure and work ethic, then the “free time” ecofeminists see evangelical practices (like promoting and celebrating international missionary work) not as leisure, but as acts of domination, colonialism, and white saviorism. This is because the Evangelical church often targets their evangelism toward people in comparatively socio-economically vulnerable positions to their community.

Many newly “converted” to the Evangelical faith ultimately end up living at the mercy of their church community. Congregants become wholly dependent upon their Evangelical community for basic needs (food, shelter, mental health), social needs, societal acceptance, personal fulfillment, and even personal identity.

The hierarchy and structure of the Evangelical church are strategically designed for a congregant's toxic co-dependence upon the church, not the interdependence promoted by ecofeminist theory. Evangelicals create ministry "objectives" (my word not theirs) out of victims of domestic abuse, survivors of human trafficking, immigrants, foreigners, children, and other vulnerable groups in society. Their lives can quickly become 100% dependent upon acceptance by and adherence to the Evangelical way of life.

By prioritizing another person's adherence to the Evangelical community and its particular set of spiritual beliefs and doing so above anything else results in the Evangelical deprioritization of that person's heritage, cultural origins, life experiences, education, and ultimately the deprioritization of that person's as a wholeness. Ecofeminism is the polar opposite of this; when we consider a person's wholeness, we are considering their relationship to the world and everyone in it.

Evangelical leisure does not promote freedom of choice

By expecting a denial of self and allegiance to their community, an Evangelical cannot promote freedom of choice in its purest form.  Therefore, the basic autonomy represented in an ecofeminist's view of leisure could threaten an Evangelical’s source of existence. This mentality and fear of becoming a burden by “rocking the boat” are seen throughout the New Testament of the Bible.

“Surely you remember, brothers and sisters, our toil and hardship; we worked night and day in order not to be a burden to anyone while we preached the gospel of God to you.” (1 Thessalonians 2:3, Zondervan, 2020)

With this moral escalation of leisure in mind, the kind of leisure as freedom of choice outlined in our Ecofeminism text does not exist in the life of an Evangelical. They do not have the freedom of choice “rooted in a tradition that perceives identity and self as an essentialist concept distinct from family and culture.” (Warren, 1997) Applying the Evangelical beliefs to one’s life demands that a believer give up all access to their resources, finances, and possessions. This is a perfect example of a “self enmeshed in societal and cultural patterns” (Warren, 1997) as seen in Evangelical gender roles, standards, and rules for social acceptance. The concept of “dying to oneself” frequently referenced in Evangelical communities is the antithesis of self-realization, self-development, self-fulfillment, self-expression, and self-enhancement in Ecofeminism (Warren, 1997).

“For we know that our old self was crucified with him so that the body ruled by sin might be done away with, that we should no longer be slaves to sin— because anyone who has died has been set free from sin. Now if we died with Christ, we believe that we will also live with him. For we know that since Christ was raised from the dead, he cannot die again; death no longer has mastery over him. The death he died, he died to sin once for all; but the life he lives, he lives to God.” (Romans 6:6-10, Zondervan, 2020)

Ecofeminist leisure is a sin according to Evangelicals

Karen M. Fox also referenced Goodale and Godbey’s work (1989) in Ecofeminism by stating that “the influence of Luther and Calvin are examples of change in society which led to equating to equating free-time, idleness, and sin and extolling the virtues of a work ethic that was partially responsible for the exploitation of women and children.” (Warren, 1997) The moral escalation of free-time and idleness equaling sin, which separates man from God, is the antithesis of the ecofeminist’s idea of leisure being a state of mind outlined in our text.

John Danaher stated in his article titled Why You Should You’re your Job that “work ethic fosters a culture of perpetual disappointment. This is toxic and ultimately self-defeating.” If an Evangelical's work ethic and stance on leisure only further promote the denial of self, then it also harms the progress and efforts of ecofeminism.

The Evangelical community ultimately promotes gender bias and misogyny by limiting a woman or child's leisure to community-approved activities. “Insisting that women can only develop their identities within relationships is just another way of imposing gendered rules that limit women’s access to other sources of growth as well as to basic autonomy.” (Nagoski PhD, & Nagoski DMA, 2020)

More closely related to ecofeminism’s leisure discussion, the informal social interactions within the Evangelical community are infused with misogyny, gender bias, damaging beliefs about sexuality, and ultimately a complete abandonment of oneself. All of this puts a person who grew up in a fundamentalist Evangelical family in a vulnerable social position, especially when they are “under the authority of” a father, husband, elder, or pastor.

“So I tell you this, and insist on it in the Lord, that you must no longer live as the Gentiles do, in the futility of their thinking. They are darkened in their understanding and separated from the life of God because of the ignorance that is in them due to the hardening of their hearts. Having lost all sensitivity, they have given themselves over to sensuality so as to indulge in every kind of impurity, and they are full of greed.  That, however, is not the way of life you learned when you heard about Christ and were taught in him in accordance with the truth that is in Jesus. You were taught, with regard to your former way of life, to put off your old self, which is being corrupted by its deceitful desires; to be made new in the attitude of your minds; and to put on the new self, created to be like God in true righteousness and holiness.” (Ephesians 4:17-24, Zondervan, 2020)

Evangelical scripture like the one above is rife with ideas that are heavily promoted in the Evangelical community and conversely toxic to ecofeminism. If a woman obeys these scriptures (like Ephesians 4:17-24) then the obedience of which it speaks is critically against ecofeminist philosophy.

Eventually, a woman who is obedient in this manner risks cutting off her ability to “indulge” in any kind of leisure at all, even the kind of leisure that is approved by her community. In its most extreme application, this loss would cause an abandonment of her ability to connect with the community around her and the earth itself, something ecofeminists strive to avoid for themselves and all humans.

How should ecofeminists respond to fundamentalist religions and beliefs that harm women, their pursuit of leisure, and their connection to the earth?